THE BOOK OF WILL by Lauren Gunderson : AUDITIONS 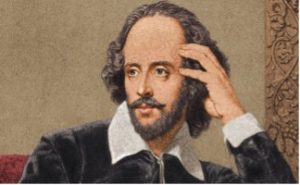 If you’d like to act in the UK premiere of a play by America’s most-performed living playwright then come and audition for THE BOOK OF WILL performing at the Maddermarket in November.

First performed in 2017, the play tells the story – part historical, part embellished – of how Shakespeare’s collected plays came to be published in 1623, 7 years after his death, when two of his fellow actors realize that the work of their great friend will otherwise be lost.

John Heminges and Henry Condell, aided by their families and others who love the plays, work against the odds (and a few villains) to publish the First Folio containing 36 of Shakespeare’s plays. It is a story told with humour, pathos and great energy, giving plentiful opportunities for colourful characterisation and physicalized performance – see CASTING NOTES below.

Please indicate your preferred date(s) on the form – see below. If you cannot make ANY of these dates but would still like to audition, please email me.

CALL-BACKS will be by arrangement mostly in the first week of August.

REHEARSALS : weekday evenings and occasional weekends from 20th September to 11th November up to 3 times per week depending on part(s).

PERFORMANCES : 22nd-26th November with a matinee on 26th

If you are interested in auditioning, you can see a script in the Maddermarket Office – but don’t remove it please.

Then, please download and complete the standard AUDITION SUBMISSION FORM and then send it to me at: fullwoodthomas@ntlworld.com If you have trouble with the form just send an email message.

When I have received your form or request, I will contact you via email to confirm an audition slot and send you audition speech(es) to prepare for the part(s) you are interested in.

CASTING NOTES : I am looking for between 10 and 16 actors. Casting will be gender-blind and there will be some doubling. I would encourage you to consider more than one role that might suit you.

In the notes that follow I indicate likely playing ages but they should be treated as a guide only.

SUBSTANTIAL ROLES – in c6 scenes so with perhaps a little doubling

Rebecca Heminges (50-60) : John’s wife, strong, busy about their grocery business, a woman who has weathered much. (120 lines)

Isaac Jaggard (25-30) : Will inherit his father’s business but very different from him. Sensitive, an artist at heart. (120 lines)

ROLES – in c4 scenes so with some doubling

Richard Burbage (50-60+) : seasoned lion of the stage, famous across England, loud and proud. One terrific scene then dies! (85 lines)

OTHER NAMED ROLES – in 1-2 scenes – will be doubled

MINOR ROLES to be doubled :

Plus – Barmen, fruit sellers, criers, other actors in Hamlet, publishers and readers etc.

Please download and complete the standard AUDITION SUBMISSION FORM and then email it to me at: fullwoodthomas@ntlworld.com – If you have trouble with the form just send an email message.